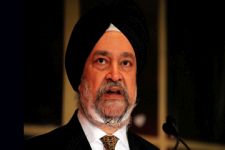 NEW DELHI, JUNE 29, 2022: Minister for Housing and Urban Affairs (MoHUA), Hardeep S. Puri, has said that India is the second-largest urban system in the world and 11% of the total global urban population lives in Indian cities. The UN estimates that around 416 million people will be added to our urban population between 2018 and 2050, he said. While saying that our cities will play a vital role in achievement of not just India's economic targets, but also its sustainability goals, he added that Indian cities contribute almost 70% to the national GDP while accounting for 44% of greenhouse gas emissions.

The Minister's speech was read out on 28th June by Head of Indian Delegation and the Additional Secretary, MoHUA, Sanjay Kumar at the Ministerial Round Table at the 11 th World Urban Forum being held at Kotavice, Poland.

Stating that the Indian government capitalised on the potential that lay dormant, the Minister said that beginning in 2014, India has undertaken the world's largest planned urbanization programme and various transformative policies and interventions-which adopt the core tenets of the New Urban Agenda-have resulted in Indian cities poised to achieve India's economic and sustainable growth targets.

Hardeep S. Puri said that India's pyramid of urban development priorities is based on cooperative and competitive federalism, universalisation of basic services, and a rural-urban continuum. He further said that at the base are the ‘Housing For All' and ‘Clean India Mission' schemes which address the basic needs of housing and sanitation, respectively. The ‘Clean India Mission', in particular, has garnered global acclaim and our annual cleanliness survey of cities is the world's largest urban sanitation survey, he added.

Mentioning the above two schemes and other flagship programmes that have successfully addressed specific needs of urban areas, the Minister said that the Atal Mission for Rejuvenation and Urban Transformation (AMRUT) provides basic civic amenities such as water supply, parks and street lights. India's Smart Cities Mission has tremendously enhanced the quality of life in 100 Smart cities through citizen-centric initiatives, Puri said that the PM Street Vendor's Self-reliance Fund was a unique experiment where collateral-free working capital loans were provided to street vendors that sustained this most vulnerable section during the pandemic. Our sustainable urban transport policies are designed to fulfil the climate change commitments of the Paris Agreement and every year, a record number of public transport and mobility options are added to India's urban landscape as counter-measures to climate change, he added.

Puri said that the onset of the pandemic accentuated urban fault lines, and exposed inherent inequalities, the Minister said that as we emerge from the pandemic, there is a pressing need to anchor our policies in inclusivity, gender equality, and environmental justice. He further said that Governments must empower the marginalised sections of urban society. Through measures such as direct cash transfers, portability of welfare benefits and affordable rental housing, India has alleviated the pains of the pandemic, he added.

The Minister said that as followers of the philosophy of "Vasudhaiva Kutumbakam" which means ‘The World is One Family', India believes in the importance of sharing best practices with fellow nations. He hoped that the 11 th World Forum will allow us to humbly learn and share our experiences as we pursue the shared goal of a prosperous and sustainable world.