FEMA - Ban on export of PPE products by RBI can be upheld as democratic interests that secure well-being of masses cannot be judicially aborted to preserve unfettered freedom to conduct business of few : SC-LB (See 'Legal Desk')

Competition Act - Commission need not require to dwell on issues projected in Information by examining the matter on merits as matter is already under investigations by other agencies : CCI (See 'Legal Desk')

IBC - Once there is a debt due and payable to Financial Creditor by Corporate Debtor, NCLT cannot reject application u/s 7, giving more time to CD to pay the debt : NCLAT (See 'Legal Desk')

A&C Act - Award may be erroneous but that does not warrant interference u/s 34: HC (See 'Legal Desk')

Competition Act - When Opposite Party is not dominant, it is unnecessary to examine if alleged conduct constitutes abuse of dominant position under provisions of the Act : CCI (See 'Legal Desk')

Price hike of commercial vehicles of Tata Motors from 1 Jan

SARFAESI Act - If borrower does not object to action of creditor and accept favourable decisions from creditor then later borrower would be estopped from taking inconsistent position to gain advantage through judicial proceedings : SC-LB (See 'Legal Desk')

Dispute Resolution & ADR – Is ODR a humpless 'Camel' (See 'THE INSIGHT' in Taxongo.com)

Incubation Centre for Innovation and Entrepreneurship at AIIA 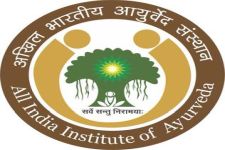 NEW DELHI, OCT 26, 2021: MINISTER of Ayush and Ports, Shipping and Waterways, Mr Sarbananda Sonowal will inaugurate the Incubation Centre for Innovation and Entrepreneurship (AIIA- iCAINE) at All India Institute of Ayurveda (AIIA), on Oct 29, 2021 at a program organized in Vigyan Bhavan, New Delhi. Dr. Munjpara Mahendrabhai Kalubhai, MoS for Ayush and Women & Child Development will also grace the program being organized as a part of the celebrations of 6th Ayurveda Day on the theme 'Ayurveda for Poshan'. A national seminar on "Start-ups in Ayush Sector- Scope and Opportunities (AYUR-UDYAMAH)" is also being organized on October 30, as a part of the program. The event will witness representatives from Ayurveda Sector across the country, and about 400 AYUSH institutes and MoU partners working in collaboration with AIIA. To promote entrepreneurship leveraging the academic knowledge, All India Institute of Ayurveda (AIIA), has set up an Incubation and Innovation Centre in its campus to nucleate a cluster of new age ventures. AIIA has been recognized as Host Institute (HI) under Ministry of Micro, Small & Medium Enterprises (MSME), Government of India which would provide opportunities to the innovators in developing and nurturing their ideas.

The incubation centre will be set up under the mandate of Ministry of Ayush given to AIIA to nucleate a cluster of new age ventures and to promote entrepreneurship leveraging the academic knowledge. "Startups are new types of wealth creators in our country", Prime Minister Narendra Modi said in his Independence Day speech on 15 August, 2021, underscoring the need of the government to relentlessly work towards making India's Startups and the Startup Ecosystem, the best in the world. Government of India is implementing Centrally Sponsored Scheme of National AYUSH Mission (NAM) through States/UTs for development and promotion of AYUSH system of medicine. The event will also include Launch of Qualification Packs for AYUSH Sub Sector Skill Council under Health Sector Skill Council (HSCC). AIIA is acting as a nodal organization under the directions of Ministry of AYUSH in the execution of skill development programs in AYUSH sector since 2018 and the Ministry has designated AIIA as the centre of excellence in skill development under HSSC