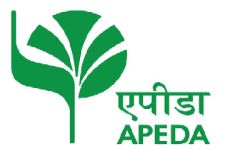 The Varanasi region, where there are negligible agri-exports used to take place because of lack of basic infrastructure, is now abuzz with activities which has given a boost to exports. After the intervention of APEDA, Varanasi region has recorded exemplary changes in the export scenario and registered many first-of-its-kind achievements in a very short span of time.

With the active intervention of APEDA, about 20,000 Metric Tonne (MT) of agri- produce have been exported from Purvanchal region in the last six months. Out of these shipments, about 5,000 MT fresh fruits and vegetables and 15,000 MT of cereals have been exported to Vietnam, Gulf nations, Nepal and Bangladesh by all modes of transportation.

As Varanasi is a territory based in the plains of river Ganges, it has rich nutritional composition of soil with ample amount of fertility which leads to production of good quality agri-produce. Varanasi region also has reputed institutions of central and international level such as Indian Institute of Vegetable Research (IIVR), International Rice Research Institute (IRRI), Banaras Hindu University (BHU).

Currently, the Varanasi region has a number of exporters and exports of agricultural products is being undertaken through air route due to establishment of robust quarantine as well as custom clearance facilitation centre at Lal Bahadur Shastri International (LBSI) Airport. APEDA has organised more than 30 capacity building programmes in the entire Varanasi region followed by eight international buyer-seller meets, which has provided a platform to the exporters to market their food products in the global marketplace.

To monitor the product and production, a project of AI tech is also being considered for approval. APEDA is also planning to take member Farmer Producer Organization to different successful territories for unveiling the agri-supply chain and market linkage.

The government is also considering replicating the Varanasi model in the Gorakhpur region of Purvanchal as the geography, demography and few other parameters are common in both the places. The newly established international airport in Kushinagar may play a vital role in triggering the export. The DDU Gorakhpur University, Indian Institute of Seed Science, Mau are the institutions actively working towards promotion of agri- activities in the region.

APEDA has also approved three projects for comprehensive grain and nutritional quality profiling of non-Basmati Rice, value added products from Rice and rice-based food systems. An APEDA-funded project for integrated IT solutions to enhance Agri Export in Varanasi Region is under process.

The export of the first trial shipment of 14 MT green chilly was facilitated by APEDA from Varanasi to Dubai's Jebel Ali Port in December 2019.

Meanwhile, Trisagar Farmer Producer Company Ltd, which is based in Sant Ravidas Nagar district, has started sending shipments on a daily basis to the international market after the intervention of APEDA. In another success story, Gazipur district-based Shivansh Krishak Producer Company Ltd with a base of 1,500 progressive farmers has managed to get a decent realisation for its commodities after exporting a good volume of agri-produce.

Similarly, Varanasi-based FPO Jaya Seed Farmer Producer Company Ltd, which grows mangoes in around 50 acres, is getting higher price as compared to average price of the market after the intervention of APEDA. Prior to the initiative taken by APEDA, the FPC used to sell mangoes at an average price of Rs 25/kg, but in recent season they have sold it at Rs 50/kg to a Netherland-based company named Super Plum having few outlets in Bangalore and Mumbai.