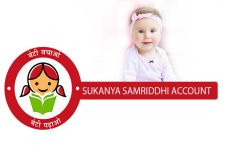 The Minister stated details of States with the highest and lowest number of accounts under SSA as on 31.10.2021 as below:

The Minister stated that the reasons for varying number of accounts in different states could be the size of the population, ability and willingness of parents to save etc.

The Minister stated details of the distribution proportion of public and private banks in number of accounts since launch of the scheme till 31.10.2021 as below:

Note: While calculating distribution proportion, accounts opened under SSA in various Post Offices have not been considered.