Arbitration - Sole Arbitrator should to be appointed to resolve dispute between parties as no material is brought on record to indicate the nature of settlement entered into between the parties due to which dispute does not subsist and arbitration clause agreed cannot be invoked: SC (See 'Legal Desk')

SEBI Act - MD and WTD of Company cannot plead that not aware of the day to day affair of Company which included non return of GDR proceeds to Company : SAT (See 'Legal Desk')

Constitution of India - When employer passes a simple order of termination/discharge, provisions of Art. 311, prescribing procedure for imposition of penalty are not attracted: HC (See 'Legal Desk')

IBC - Merely because Authorisation is before commencement of IBC, then Application u/s 9 of Code cannot be rejected without allowing the applicant to rectify the mistakes: NCLAT (See 'Legal Desk')

Hero MotoCorp to resume operations from May 17 (See 'Corp Brief')

IBC - Liquidation order is rightly passed if Corporate Debtor is not running business and no EoI is received from any prospective Resolution Applicant: NCLT (See 'Legal Desk')

Airlines may cut losses to Rs 10,000 cr this fiscal: CRISIL 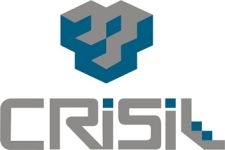 A resurgence of COVID-19 infections across the country, especially in Mumbai and Delhi, which account for 36 per cent of overall air traffic, is expected to stall the recovery seen over the past six months.

"In fact, average daily domestic passenger air traffic has fallen in April by almost 20 per cent to around 2.35 lakh compared to February, 2021," they added.

Domestic traffic, which accounts for 75 per cent of airline revenues, is expected to surge 120-130 per cent this fiscal on a low base (68 per cent decline in FY21), though it will still be significantly lower at 70 per cent of FY20 level.

"The second half should see good recovery in traffic, supported by acceleration in the vaccination drive and people gradually taking to travel after prolonged stay at home."

A gradual recovery in international operations in the second half of FY22 will also boost traffic, he added.

However, airlines have also seen their cost of operations spurt due to a rise in the price of Aviation Turbine Fuel (ATF) as it shot up 30 per cent since November.

"This will offset the benefits from some of the initiatives the carriers undertook to reduce cost - employee costs, rentals, etc. - last fiscal, and which are being carried forward into the current fiscal," noted the ratings agency.

Net-net, a ramp up in domestic operations with relaxation of seat capacity and pricing constraints have hit an impasse with the second wave. But, absence of full restriction on operations this fiscal and a gradual recovery in domestic and more profitable international operations will help offset part of the impact of higher ATF prices.

"Therefore, net losses for key airlines are seen reducing 35-40 per cent on-year in fiscal 2022, though will still be 20-25 per cent higher than fiscal 2020," said Mr Sushant Sarode, Associate Director of CRISIL.

Last fiscal, net losses curtailed liquidity and airlines availed of additional debt as well as moratorium on debt repayment to make up for the shortfall in cash accrual vis-a-vis fixed obligations. A 25-30 per cent increase in debt (excluding lease liabilities) last fiscal and continuing net losses in the current fiscal will keep their balance sheets under pressure.