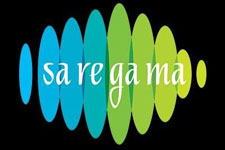 The deal will empower the "content architects" of Triller by allowing them access to Saregama's entire catalogue of over 1.3 lakh songs in diverse Indian languages like Hindi, Bhojpuri, Nengali, Tamil, Marathi, Telugu, Punjabi, Gujarati, among others.

"The coming together of Saregama and Triller will empower the content architects with the prowess of music that has been adored by generations globally," the company added.

Mr Bobby Sarnevesht, Chairman and co-owner of Triller said Saregama represents the diversity of Indian music and the deal will allow them to ensure music publishers are fairly compensated for usage.

"This new agreement reiterates our commitment to supporting publishers in South Asia and around the world as we grow the Triller platform," he said.

Triller is an American company, launched in 2015, and owned by Proxima Media. It allows users to edit and synchronise their music videos, skits and lip-syncing videos to background tracks using Artificial Intelligence (AI).