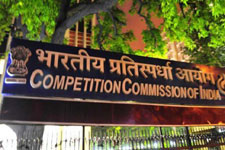 The conference had two technical sessions on anti-trust toolkit for platform markets, and assessment of market power, where researchers presented their papers. The plenary session on policy design in digital markets, looked at harnessing technology for economic development.

In his keynote address, Mr NK Singh, Chairman of the 15th Finance Commission said the COVID-19 pandemic necessitated the fast-tracking of many features of economic reforms in India, which were long overdue.

"The disinvestment and privatisation programme will free valuable financial resources, creating fiscal space for the government for its priority capital expenditure both physical and social infrastructure while also generating enhanced competition," he said.

"Competitive markets and democratic governments are complementary and need to interact in a manner that maximises the larger public interest. Competition policy is critical for economic framework as markets are imperfect," he added.

While regulations are needed to overcome market imperfections and also to control unbridled competition, Mr Singh also highlighted the challenges that multiplicity of regulators may give rise to and suggested possible mechanisms and organisational forms.

He emphasised that interaction between sectoral regulator and competition authority was vital and a common platform could be created for formal and informal exchanges, training and referrals.

In the special address, Mr Ashok Kumar Gupta, Chairperson of CCI, emphasised that for markets to become an instrument of growth, it was imperative that they were well functioning, undergirded by healthy competition.

Alluding to the Commission's dynamic and economics-based approach to antitrust enforcement, he said said that economic analysis of evidence guaranteed that that anti-competitive behaviour did not outwit legal provisions.

He also announced the Journal on Competition Law and Policy that the CCI is publishing to stimulate research and scholarship on competition law and policy, the first issue of which is slated to be released soon.