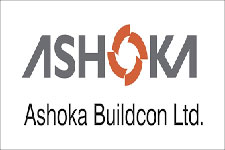 NEW DELHI, MAR 04, 2021: ASHOKA Buildcon announced on Thursday it has entered into a share purchase agreement with India Infrastructure Fund (IIF) for acquiring its 49 per cent stake in Ashoka Highways (Bhandara) for around Rs. 36 crore.

The deal involves Ashoka Buildcon buying 1,27,95,399 equity shares held by IIF for Rs. 10 each, along with zero interest shareholders loan for an aggregate consideration of Rs. 35,98,00,000.

After the transaction, Ashoka Buildcon along with its subsidiary Ashoka Concessions, will own 100 per cent of the special purpose vehicle focused on a road project.

Ashoka Highways (Bhandara) was incorporated for the construction, operation and maintenance of the Chhattisgarh/Maharashtra Border-Wainganga Bridge Section of NH-6 which was completed in 2010 and has been collecting toll since then.

The IIF shares are being acquired by the company in three different tranches with the objective of consolidating all of Ashoka Buildcon's road infrastructure business while allowing IIF to exit.