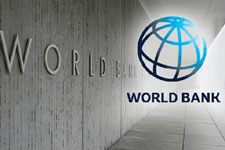 Certain members of the former management of GMV colluded with two designing consultants to gain unfair competitive advantages in two tendering processes relating to the Danang Sustainable City Development Project and the Hanoi Urban Transport Development Project. The members agreed to pay a commission to improperly influence a tendering process to win a contract and failed to disclose their involvement in the drafting of the tendering documents for the two projects.

"These are collusive, corrupt and fraudulent practices, respectively, as defined by the World Bank's Sanctions Procedures," said the World Bank Group.

The debarment with conditional release makes GMV ineligible to participate in projects and operations financed by institutions of the World Bank Group. It is part of a settlement agreement under which the company does not contest culpability and responsibility for the underlying sanctionable practices and agrees to meet specified compliance requirements as a condition for release from debarment.

The debarment also qualifies GMV for cross-debarment by other multilateral development banks (MDBs) under the Agreement for Mutual Enforcement of Debarment Decisions.

The Hanoi Urban Transport Development Project was designed to increase urban mobility in targeted areas in Hanoi by increasing the use of public transport in selected traffic corridors and reducing travel time between the city centre and the west and northwest sections of the city, and to promote more environmentally sustainable transport modes and urban development plans for Hanoi.

The settlement agreement provides for a significantly reduced period of debarment with conditional release in light of the company's extraordinary cooperation, agreement to restrain voluntarily from World Bank Group projects during the pendency of an audit and voluntary remedial actions, including compliance program enhancements.

As a condition for release from sanction under the terms of the settlement agreement, the company commits to develop its integrity compliance program further, consistent with the principles set out in the World Bank Group Integrity Compliance Guidelines. It also commits to continue to fully cooperate with the World Bank Group Integrity Vice Presidency.