Controversial Interpretation of the POCSO Act 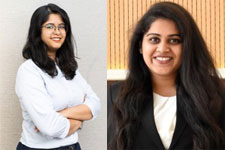 By Shradha Rajgiri and Pooja Rao*

THE Nagpur Bench of Bombay High Court ('High Court') has recently delivered two controversial judgments, which have caught the eye of the public. While interpreting provisions of the Protection of Children from Sexual Offences Act, 2012 ('POCSO Act'), the dictum given in both these decisions are profoundly flawed and absurd. POCSO Act was primarily enacted to protect minors and young children against sexual offenses. Sexual offences against children are innately serious due to the inherent vulnerability of the victim child and the ability of an abuser to overpower them.

The Bench on both these occasions, delivered the judgment on the aspects of what constitutes physical contact and touch, severity of the sexual offenses, among others.

In the said case, a 50-year-old man unzipped his pants and held the 5-year-old girl's hand. The victim had also told her mother that the accused had taken his genitals out of his pants and asked her to sleep with him. The accused was convicted for the aggravated sexual assault under Section 10 of the POCSO Act and Section 12 of POCSO Act, in addition to Sections 354A and 448 of Indian Penal Code, 1860 ('IPC').

The High Court of Bombay held that the punishment for sexual assault as prescribed under Sections 8 and Section 10 of the POCSO Act be set aside and in so far, the conviction of the accused for the offence punishable under Sections 448 and 354-A(1)(i) of the IPC read with Section 12 of the POCSO Act be maintained. The observation made in this regard was that 'holding the hands of the prosecutrix', or 'opened zip of the pant' as has been allegedly witnessed by one of the prosecution witnesses in the case, in the opinion of the Court, would not fall within the definition of 'sexual assault'. This judgment was rendered on the January 15, 2021.

Subsequently, on the January 19, 2021, the same Bench delivered another judgement on similar lines. In this case the informant (mother of the prosecutrix) alleged that the accused, on the pretext of giving her 12-year-old daughter guava, took her to his house and pressed her breasts. The informant therein filed a First Information report ('FIR') . Based on the FIR, a crime case came to be registered against the accused for the offences punishable under Sections 354, 363 and 342 of the IPC and under Section 8 of the POCSO Act. The Special Court had passed the judgment of conviction and sentenced the accused however acquitted the accused for the offenses punishable under Section 309 of the IPC.

The Judgement delivered by the Special Court was appealed before the High Court. Considering the facts, the Bench went onto analyse whether the 'pressing of breast' and 'attempt to remove salwar' would fall within the definition of 'sexual assault' as defined under Section 7 and punishable under Section 8 of the POCSO Act.

As per the definition of 'sexual assault', the offence involves the following necessary ingredients:

(i) Act must have been committed with sexual intent.

As per the observations of the Bench, for the offence to qualify as 'sexual assault', a 'physical contact with sexual intent without penetration' is an essential ingredient. Insofar as whether 'pressing of breast' falls within the purview of sexual assault under Section 7 of the POCSO Act is concerned, the Hon'ble High Court observed that it was not the case of the prosecution that the accused removed the top and pressed the breast of the Prosecutrix. As such, there being no direct physical contact i.e., skin to skin with sexual intent without penetration, the Bench held that the accused was acquitted under Section 8 of the POCSO Act and convicted under a minor offence u/s 354 of IPC.

In the Satish case, the Court noted that the requirements of Section 7 of the POCSO Act were not met, as the prosecutrix's clothes were not removed, and the accused was also not able to remove her underpants, because when he tried to do so she shouted and he left the room, bolting it from the outside. The Court held that the act of the accused would be an act of "outraging the modesty of a woman" as defined in Section 354 of IPC. The Bench also observed that for punishment under Section 8 of POCSO Act, the offence defined in Section 7 is "disproportionate" to the gravity of the act that was committed.

In the Libnus case, the Bench quashed the conviction of the accused for the offense punishable under Sections 8 and 10 of the POCSO Act. The Bench in this case noted that the nature of the offense committed by the accused and the sentence prescribed by the Special Court are not in consonance with each other. At best, the crimes may be in the nature of aggravated sexual assault.

When the highest form of judiciary in a particular state adopts an approach completely unprecedented and against the morale of the society, no further hope remains with the victims suffering in pain and agony. Recently in the case of State of Maharashtra v. Sahar Ali Shaikh, before the Special Court of POCSO Act constituted under the Sessions Court in Mumbai, it was presented that the accused had approached the victim and touched her posterior. The Court held that touching of the posterior could not be held to be mere teasing and holding the accused guilty, sentenced him to 5 years of imprisonment with a fine of Rs. 10,000/-.

Merely reducing the commission of the offense to a piece of cloth between the assaulter and the victims is completely repulsive in nature. This could have a larger implication on the society as well as legally. Such decisions in turn could discourage the victims from reporting such crimes and invalidate the sexual abuse faced by women and children. The interpretation given by the Bench of the Bombay High Court, would reduce the crime and affix lesser punishments on offenders. This could also leave male victims remediless in a similar situation, as Section 354 of the IPC is only available for female victims.

Therefore, the present interpretation by the Court also goes against the objectives of the POCSO Act.

Sexual assault remains as sexual assault, with no essentials or gradational qualification to it. The same is to be kept in mind before the Judiciary goes on a spree of passing judgments.

In this regard, the Hon'ble Supreme Court of India has stayed the operation of the controversial judgment of Satish v. State of Maharashtra, and Libnus Case . The Attorney General in the Libnus case also asserted that it was ""unprecedented" and "sets a dangerous precedent".

[The authors are Advocates with Shivadass & Shivadass (Law Chambers) and the views expressed are strictly personal.]