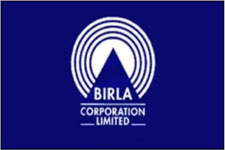 NEW DELHI, MAR 01, 2021: BIRLA Corporation on Monday announced that Mr Arvind Pathak will take over as Managing Director and Chief Executive Officer (CEO) of the company, effective from March 31, for a span of three years.

Mr Pathak will take over from current CEO Mr Pracheta Majumdar who is being re-designated as Chief Management Adviser of the company.

In a regulatory filing, Birla Corporation said their Board of Directors met on March 1 and approved the appointment based on the recommendation of the Nomination and Remuneration Committee.

Mr Pathak as around 38 years of overall experience of which 36 years has been in the cement industry. He has held CEO or equivalent positions for over 14 years in various large organisations which include ACC, DCP, Adani and Reliance ADAG group.

The final appointment is subject to approval of the shareholders at the next general meeting of the company.