IBC - Mere debt being due and payable in law is sufficient to justify initiation of Corporate Insolvency Resolution Process at instance of Financial Creditor: NCLAT (See 'Legal Desk')

Indian cold chain operators to prepare an efficient logistics network to ensure smooth delivery of covid-19 vaccines to its more than 1.3 billion people

Companies Act - Period of limitation of 45 days prescribed in Section 421(3) starts running only from date on which copy of order of Tribunal is made available to person aggrieved: SC (See 'Legal Desk')

IBC - In case of both parties being joint development partners, any claim by one of partners does not qualify as Financial Debt: NCLT (See 'Legal Desk') 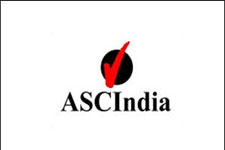 NEW DELHI, SEPTEMBER 16, 2020: THE Department of Consumer Affairs has launched a portal - Grievance Against Misleading Advertisements (GAMA), to enable consumers to register their grievances against misleading advertisements. 3302 complaints have been received in 2017, 4025 complaints in 2018 and 4416 complaints in 2019.

The Advertising Standards Council of India (ASCI), a voluntary self-regulatory organization, looks into complaints across all media. The Consumer Protection Act, 2019 provides for establishment of a Central Consumer Protection Authority (CCPA) to regulate matters relating to violation of rights of consumers, unfair trade practices and false or misleading advertisements which are prejudicial to the interests of public and consumers and to promote, protect and enforce the rights of consumers as a class. One of the functions of the CCPA is to issue necessary guidelines to prevent unfair trade practices and protect consumers' interest.

This information was given in a written reply by the Union Minister of State for Consumer Affairs, Food and Public Distribution, Mr Danve Rao saheb Dadarao in Lok Sabha yesterday.