IBC - Mere debt being due and payable in law is sufficient to justify initiation of Corporate Insolvency Resolution Process at instance of Financial Creditor: NCLAT (See 'Legal Desk')

Indian cold chain operators to prepare an efficient logistics network to ensure smooth delivery of covid-19 vaccines to its more than 1.3 billion people

Companies Act - Period of limitation of 45 days prescribed in Section 421(3) starts running only from date on which copy of order of Tribunal is made available to person aggrieved: SC (See 'Legal Desk')

IBC - In case of both parties being joint development partners, any claim by one of partners does not qualify as Financial Debt: NCLT (See 'Legal Desk')

Directors' Responsibility Statement u/s 134(5)(c) - Can It Be Qualified? 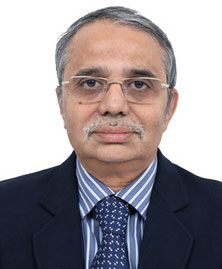 THE recent spate of financial defaults by big corporate groups have affected almost all sections of the economy bringing once again the debate-as to who is responsible for running the affairs of the company and the related questions of whether there are there any separate roles defined for each of the participants viz. the directors, the key management personnel, the principal officers and the auditors, etc. Though a student of the present Companies Act, 2013 will know that there are separate chapters dealing with the roles of the different participants listed above, in most cases, the auditor of the company takes more flak and gets singled out and punished much earlier than others for not alerting the stakeholders beforehand about the impending doom in the fortunes of the company audited by him. It is a well-known fact that even when an auditor qualifies his report by expressing his reservations on certain material transactions of the company which he is not in agreement with, after a brief reply by the Board in their Report, the issue remains buried and never reopened again-maybe due to newer and bigger issues cropping up which require greater attention by all. Thus the audit for the year gets over and once the AGM is held, all the stakeholders heave a sigh of relief and move on to the next years operations-may be to the next phase of their duties, if one can identify some of them!

Coming back to the qualifications (adverse remarks-for the benefit of the uninitiated), the question to be looked at is who all can qualify their reports. Generally it can be stated that all the auditors, especially the external appointees (including secretarial auditor, cost auditor) who are engaged to submit their report can give their adversarial findings, if any by drawing references in their reports. As far as internal auditors and other experts appointed by the company management are concerned, they come out with their reports on the deficiencies noticed by them in the course of their inspection and pinpoint the same for corrective action, then and there. Thus, one can say, no qualifications are there in their reports.

It is in this context, a small subsection under the Companies Act, 2013-133(5) is analysed here to see whether the directors of a company can come with their own qualified report in terms of the subsection. The author has culled out some examples from annual reports of listed companies and tried to arrive at some conclusions of his own on the statements found in the reports. The answer to the question, apart from providing some mirth, appears to be open-ended-to say the least!

a. Management's Responsibility Regarding Accounts :

Even the Statutory audit report of a listed company nowadays spells out clearly the following:

(i) The company's Board of Directors are responsible for other information comprising of Board's Report and the Corporate Governance Report.

(ii) Our opinion on the standalone financial statements does not cover other information and we do not express any form of assurance and conclusion thereon.

(iii) In connection with the audit of standalone financial statements, our responsibility is to read the other information, and in doing so, consider whether the other information is materially inconsistent with the stand alone financial statements or our knowledge obtained in the course of our audit or otherwise appears to be materially misstated.

(iv) If based on the work we have performed, we conclude that there is a material misstatement of this other information, we are required to report this fact.

(v) The company's Board of Directors are responsible for the matters stated in section 134(5) of the Act with respect to the preparation of these standalone financial statements that give true and fair view of the financial position, financial performance including other comprehensive income, changes in equity and cash flows of the company in accordance with Ind AS and other accounting principles generally accepted in India.

This subsection provides that there shall be attached to every financial statement laid before general meeting of a company, a Board's report which shall include many key information about the company including a statement referred to as Directors' Responsibility Statement. Section 134(5) further elaborates the contents of the Directors' Responsibility Statement indicating clearly their role and their responsibility by making them affirm to the following- a confidence-boosting positive statement for all stakeholders. This subsection is extracted below:

(a) in the preparation of the annual accounts , the applicable accounting standards had been followed along with proper explanation relating to material departures;

(b) the directors had selected such accounting policies and applied them consistently and made judgments and estimates that are reasonable and prudent so as to give a true and fair view of the state of affairs of the company at the end of the financial year and of the profit and loss of the company for that period;

(c) the directors had taken proper and sufficient care for the maintenance of adequate accounting records in accordance with the provisions of this Act for safeguarding the assets of the company and for preventing and detecting fraud and other irregularities;

(d) the directors had prepared the annual accounts on a going concern basis; and

Explanation.-For the purposes of this clause, the term, "internal financial controls" means the policies and procedures adopted by the company for ensuring the orderly and efficient conduct of its business, including adherence to company's policies, the safeguarding of its assets, the prevention and detection of frauds and errors, the accuracy and completeness of the accounting records, and the timely preparation of reliable financial information;

(f) the directors had devised proper systems to ensure compliance with the provisions of all applicable laws and that such systems were adequate and operating effectively.

(i) Under section 143(3)(i), the auditors' report shall also state whether the company has adequate internal financial controls with reference to the financial statements in place and the operating effectiveness of such controls. This issue is not dealt here.

(ii) The subject of 'Internal Financial Controls' is not elaborated here.

Having understood the duties and responsibilities of the Directors as envisaged in the Act, one needs to know:

(i) How these responsibilities are discharged by the Board of Directors of every company and,

(ii) Whether the Directors Responsibility Statement can be qualified affirmation?

Being of statutory compliance, most Board Reports reproduce the subsection (excluding the explanation under clause (e) regarding Internal Financial Controls) and confirm that they have fully complied with these requirements.

A. Extracts From the annual reports of TATA Group Companies :

Based on the framework of internal financial controls and compliance systems established and maintained by the Company, work performed by the internal, statutory, cost, secretarial auditors and external agencies, including audit of internal controls over financial reporting by the Statutory Auditors and the reviews performed by Management and the relevant Board Committees, including the Audit Committee, the Board is of the opinion that the Company ' s internal financial controls were adequate and effective during FY 2019-20.

Accordingly, pursuant to Section 134(5) of the Act, the Board of Directors, to the best of their knowledge and ability, confirm t hat :

Pursuant to section 134 (5) of the Act, the Board of Directors, to the best of their knowledge and ability, confirm that:

B. Extracts From Annual Reports of Murugappa Group Companies:

Directors' Responsibility Statement: The Board of Directors confirm that the Company has in place a framework of internal financial controls and compliance system, which is monitored and reviewed by the Audit Committee and the Board besides the statutory, internal and secretarial auditors. To the best of their knowledge and belief and according to the information and explanations obtained by them, your Directors make the following statements in terms of Section 134(3)(c) of the Companies Act 2013:

Directors 'responsibility Statement: Pursuant to Section 134(3) of the Companies Act, 2013, your Directors to the best of their knowledge, belief and according to information and explanations obtained from the management, confirm that:

C. Extracts From the Annual Reports of Mahindra Group (Relying on Representations From Operating Management)

Pursuant to section 134 (5) of the companies Act, 2013, your Directors, based on the representations received from the operating Management, and after due enquiry confirm that:

Internal Financial Controls: Please refer to note no. 48 of Standalone Financial Statements and Note no. 50 of Consolidated Financial Statements for the year ended March 31, 2019. During the year Controls, Compliance & Ethics (CC&E) team have commenced implementation of a detailed plan agreed with the Executive Committee of the Company, to reinforce the code of business conduct and to further embed compliance across the business. The CC&E team also undertook comprehensive review of existing controls (Sox & non-Sox controls) & added additional attributes in the existing controls. The same has been shared with the statutory auditors who have confirmed that they are aligned with the same. The controls with additional attributes have been tested both by Management tester (Deloitte) and by the Statutory auditors in March 19 for its effectiveness. The Board after considering the materials placed before it, reviewed the confirmation received from external parties and reviewing the effectiveness of the policies and procedures adopted by the Company for ensuring orderly and efficient conduct of its business, including adherence to Company's policy, safeguarding its assets, prevention and detection of frauds and errors and completeness of accounting records and timely preparation of financial statements, the Board has satisfied itself that the Company has laid down internal financial controls which are commensurate with size of the company and that such internal financial controls are broadly adequate and are operating effectively. The certification by the auditors on internal financial control forms part of the audit report. A statement to this effect is also appearing in the Directors' Responsibility Statement

The wide spectrum of Directors' Responsibility Statements extracted above can also provide a lot of mirth, if one is permitted to comment in a lighter vein! If Tata Group's Statement emphasises on knowledge and ability of the Board (all being senior members in age too), the Directors of the EID Parry / Mahindra& Mahindra confirm on the basis of information obtained from the Management (who else but themselves only and an indeterminate equation in mathematical language-their responsibility statement is linked to the Management information supplied to the Board and the whole-time directors too form part of the Board!)

It may also be noted that a Directors' Report which states that everything is perfect while hiding the truth behind existing weakness in such controls, is worse than a report which is more explicit about gaps in those controls. In fact, if one discovers some errors later, the Board members will get protection for their bona fide actions than the Board members who may be closing their eyes in choosing to give a clean confirmatory report

In between all these live instances, one should not belittle the role of the Directors-after all they are and will remain the eyes and ears of all the stakeholders and one may be required to choose the meritorious candidate between those companies which reproduce Subsection (5) in a straight-jacketed manner (like the statutory warning!) and others who perhaps have decided to disclose grounds on which this affirmation is given, with some more explanations / caveats and have tried to be somewhat innovative with this regulation. The author readily offers this choice to the readers!

[The views expressed are strictly personal.]