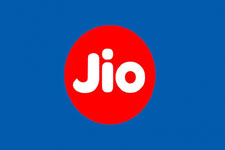 NEW DELHI, OCT 09, 2019: RELIANCE Jio, owned by the billionaire Mukesh Ambani has issued a statement today that from now on till such time that TRAI moves to Zero termination of IUC charge regime, the company will charge its customers 6 paise per minute for voice calls made to rival phone networks. To cushion the stance, it was also announced that it will compensate its customers by giving free data of equal value.

Jio cited traffic asymmetry as the cause of such decision where it continued to pay IUC from its own resources to Airtel and Vodafone-Idea et al while offering free voice to its customers despite the repeated stance of TRAI and the amendment already made to the regulations to reduce the IUC to Zero. So far, in the last three years Jio has paid nearly Rs.13,500 crore as NET IUC charges to the other operators.

Interconnect Usage Charge or IUC is a cost paid by one mobile telecom operator to another, when its customers make outgoing mobile calls to the other operator’s customers. These calls between two different networks are known as mobile off-net calls. IUC charges are fixed by Telecom Regulatory Authority of India (TRAI) and are currently at 6 paise per minute.

In an affidavit dated October 29, 2011, TRAI has affirmed its stance towards bringing the IUC charges to zero before the Supreme Court by submitting that the TRAI is of the opinion that there should be progressive reduction in termination charges finally converging to zero termination charge at the end of 2 years from the present. Though the time period to do so was by 2014, at that time neither 4G nor Jio existed. However, after a comprehensive review of the IUC regime through a transparent and elaborate consultation process in 2016, TRAI issued the Telecommunication Interconnection Usage Charges (Thirteenth Amendment) Regulations, 2017 which was placed before the Parliament. The effect of amendment was to reduce IUC for mobile calls from 14 paise/ minute to 6 paise/minute from October 01, 2017 and then reducing the IUC charges to zero from January 01, 2020.

The Reliance Jio statement further lamented that even after the TRAI stance, while the incumbent operators reduced voice tariffs for their 4G customers, they continued to charge exorbitant tariffs to their 35 - 40 crore 2G customers, and in fact increased the tariffs for voice calls to around Rs. 1.50/ minute. The price differential of free voice on Jio network and exorbitantly high tariffs on 2G networks caused the 35 - 40 crore 2G customers of Airtel and Vodafone-Idea to give missed calls to Jio customers. This subsequently converted into a huge missed call phenomena where the incoming calls to Jio was converted into outgoing calls from Jio to other operators. Since the rival networds kept their 2G voice tariffs high, this led to asymmetric of the off-net voice traffic which was earlier symmetrical for Jio.

Citing such traffic asymmetry as the only ground in the recently floated consultation paper, TRAI had reopened the closed chapter on IUC, which has already been made zero with effect from January 01, 2020 by amendment to IUC Regulations. In this background the consultation paper had created Regulatory uncertainty. This uncertainty was cited by Jio as the compelling factor to 'reluctantly and unavoidably' make a move to recover regulatory charge of 6 paise per minute for all off-net mobile voice calls so long as IUC charges exist.

Nevertheless, Jio has ensured that it stands firm on its commitment to offer the highest value to its customers, and there is no 6 paise per minute charge on:
++ all Jio to Jio calls;
++ all incoming calls;
++ Jio to landline calls; and
++ calls made using WhatsApp or FaceTime and similar platforms.

In addition to this, Jio obliges to provide additional data entitlement of equivalent value based on IUC top-up voucher consumption where the end result is touted as no increase in tariff for customers