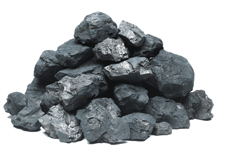 NEW DELHI, SEPT 17, 2019: THE Central Government had entered into an Allotment Agreement with the West Bengal Power Development Corporation Limited (WBPDCL) regarding the Deocha Pachami Dewanganj-Harinsingha coal block yesterday. In accordance with the provisions of Coal Block Allocation Rules, 2017, made under the Mines and Minerals (Development and Regulations) Act, 1957, the WBPDCL has been allocated the Deocha Pachami Dewanganj-Harinsingha coal block located in the State of West Bengal containing an area of 12.28 sq. km. with estimated reserves of 2102 Million Tonnes for generation of power.

The project is slated to generate both direct and indirect employment in West Bengal considerably and also contribute to the socio-economic development of the region. Further, the project envisages to address the immediate as well as the forthcoming coal and power requirements of the region.