SEBI - SEBI has rightly given exemption from complying with requirements of Regulations 3 and 4 of SAST Regulations to public sector companies who acquired shares of target company through disinvestment process: SAT (See 'Legal Desk')

Companies Act - If interim order passed in oppression petition is modified due to changed circumstances in operation of company, such modification cannot be challenged unless proved prejudicial: NCLAT (See 'Legal Desk')

Competition - Increased rates of telecom services come under radar of CCI provisions even if such rates are in conformity with section 21A of TRAI: CCI (See 'Legal Desk')

IBC - Even after passing of award by Arbitrator, if corporate debtor does not honour award then operational creditor is right in invoking jurisdiction of NCLT u/s 9 of IBC : NCLAT (See 'Legal Desk') 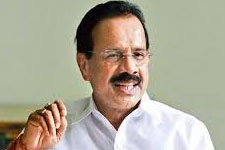 With the objective of making the country self-reliant in Urea, the Government approved in 2016 the revival of three sick Urea plants located at Gorakhpur, Sindri and Barauni. The task of the revival of these three Units has been undertaken by HURL. "The Prime Minister has directed for the revival of five major sick/shutdown fertilizer plants, three of which have been undertaken by HURL. The other two plants at Ramagundam and Talcher will also commence production soon," said Mr Gowda. "We are importing 70-80 LMT fertilizer every year. After the commissioning of these five units, the total production of Urea will increase by 63.5 Lakh Metric Tonne Per Annum (LMTPA)," he added.

Lauding HURL for setting in place the delivery system and supply chain ahead of schedule, the Minister encouraged the Company's Board to continue the momentum and hoped the commissioning of the three plants will also be advanced.

Speaking on the occasion, the Secretary, Department of Fertilizers, Mr Chhabilendra Roul stressed on the balanced use of fertilizers including organic ingredients and micro-nutrients.

The HURL is being looked as a major emerging player in Urea market due to revival of the three closed units in 2021 having total installed production capacity of 38.1 LMT of Neem Coated Urea per annum. The Company will establish and operate state-of-the-art environment friendly and energy efficient Natural Gas based new Fertilizer Complexes with the annual installed capacity of 1.27 MMTPA neem coated Urea at each of the three locations which are expected to be commissioned in February 2021 (Gorakhpur, UP) and May 2021 (Barauni and Sindri). The feedstock to the plants i.e. Natural Gas will be supplied by GAIL under the Pooled Price Mechanism.