Constitution of India - If there is liability against company, recovery can be made from its Director, unless specifically provided in governing statute or warranted by law: HC

Major Port Trusts Act - It is duty of Port Trust to destuff every container that is entrusted to it, and return destuffed containers within short period: SC (See 'Legal Desk')

Google deletes more than 2,500 YouTube channels tied to China as part of its effort to weed out disinformation 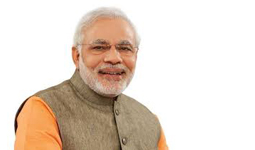 The new decorative lighting of the Rabindra Setu has  650 power-efficient LED and spotlight fittings for a programmable multi-colour lighting including a show that will sync with music. The lights will give the bridge, which is considered an engineering marvel, a more heritage look. The new interactive show is expected to help attract tourists and locals.

Rabindra Setu was commissioned in 1943. 75 year anniversary of Rabindra Setu was celebrated last year. It is an engineering marvel as it does not have nuts and bolts, but was formed by riveting the whole structure. It consumed 26,500 tonnes of steel, out of which 23,000 tonnes of high-tensile alloy steel.