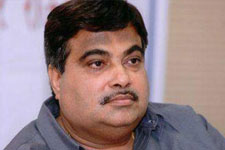 NEW DELHI, JULY 16, 2019: THE Union Minister for MSMEs, Mr Nitin Gadkari, yesterday in Parliament drew attention to the various measures taken by the Government to resolve the many issues being faced by the textiles sector in India. He stated that the policy of the Government is to reduce tax burden and increase ease of tax compliance of MSME's including Textiles MSMEs.

For furtherance of this objective, the Government has taken various steps in the recent years, which include -

The Ministry of Textiles has taken up the issues raised by the Textiles Industry/Traders Associations regarding reduction of GST rates on various textile items and actively engaged with the Department of Revenue, Ministry of Finance for getting them resolved. As a result, many important changes have been made, such as -