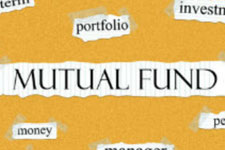 NEW DELHI, JULY 15, 2019: THE Union Minister of State for Finance & Corporate Affairs, Mr Anurag Thakur, today in Parliament drew attention to the issue of irregularities in Mutual Funds. He mentioned that as per the Securities and Exchange Board of India (SEBI) Act, 1992, Mutual Funds are regulated by SEBI as per SEBI (Mutual Funds) Regulation, 1996. SEBI has informed that, in its regulatory oversight which includes inspections as well as off-site supervision, it has noticed various irregularities with respect to the functioning of Mutual Funds like failure to identify and appropriate all the expenses in the individual schemes as per the regulatory requirements, instances of borrowing for purposes other than those allowed under Mutual Fund Regulations; failure to carry out valuation of investments made by its scheme(s) in accordance with the investment valuation norms specified in Eighth Schedule; instances of close ended schemes investing in assets which had maturity beyond the maturity of the scheme; non-adherence to sectoral limits for debt-oriented schemes resulting in concentration of risk.

Based on the said irregularities/ non-compliances, following actions under SEBI Act, SEBI (Mutual Fund) Regulations, 1996 and Circulars issued thereunder, have been taken and reported in the SEBI Annual Reports –

The SEBI, in consultation with the Central Government, on a continuous basis examines various issues concerning mutual funds and reviews the regulatory mechanism to enhance transparency and disclosures, reduce risk for the investors, enhance regulatory supervision, etc. Further, SEBI has also taken various steps in this regard during the last three Financial years like mandating disclosure of performance related information in Mutual Fund advertisements, enhancing fund governance for mutual funds, rationalization of Total Expense Ratio, norms for addressing the issue of potential conflict in case of shareholding and governance of Mutual Funds, categorization and rationalization of Mutual Fund Schemes, cyber Security and cyber resilience framework of Mutual Funds/Asset Management Companies etc.